Oscars Now Golden Brown… and I LOVE It! 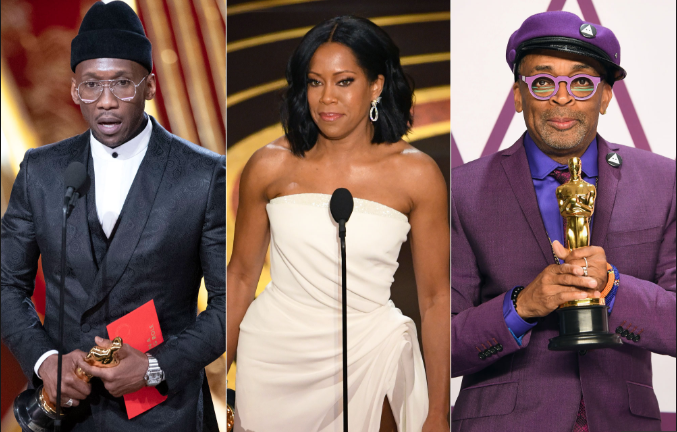 It’s not quite April but I thought I’d share this with everyone. Weren’t the Oscars amazing? (Squee!) I don’t know about you, but the list of winners was an amazing example of the thankfully changing attitudes and demographics in both the Oscars and this country. (It’s long overdue!) Just take a look at this list of most-deserving winners: 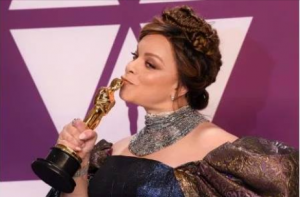 While I’d like to say that I “couldn’t be happier,” that is a lie. There is more that needs to be done with this prestigious event. Real talk: there are just too many main non-acting categories that are still overwhelmingly, tragically, and criminally white and male. Thankfully, this year’s show struck a strikingly clear high note when it comes to inclusiveness. I’m cautiously optimistic that this is only the beginning.

I could gush all day about who won what, but let’s not lose sight of the event’s most important aspect – social justice. One of the BEST things about the Oscars is the manner in which it gives actors and actresses a platform to speak out about what needs to be improved in this country of ours. Specifically, I’m talking about the horrible abuses and rampant criminality of the Trump presidency. I would go so far to say that THIS is the MOST important aspect of the Oscars, but that’s just me. (I would be lying if I said I didn’t expect you to feel the same way.)

So, if this year’s Oscar is an indication of anything, it’s that we are winning. The light will beat back the darkness of what this country once was. Only then can we usher in a glorious new future, once whose most notable features is the near-endless shades of brown that continue to constitute the pallet of both America and the rest of the world. I know this conscious white person certainly welcomes the change.

Some of you might be wondering what’s going on here. Those who know me know that I’m not against diversity, but I also don’t support diversity for diversity’s sake. I’m also not someone who stands upon the platform of intersectionality, identity politics, or social justice. I think many white people who constantly preach about these topics do so not out of noble intentions, but but merely to create a veneer of nobility. It’s surprisingly easy to do. You can’t swing a dead cat through social media without hitting some opportunistic white person looking to increase their social stature by paying lip service to diversity. So, if I’m not “down for the cause,” why would I write this post? The answer is quite simple, dear readers:

If it was so easy for someone who doesn’t believe in this crap to write a glowing endorsement of it, how sincere are other people who churn out content like this?