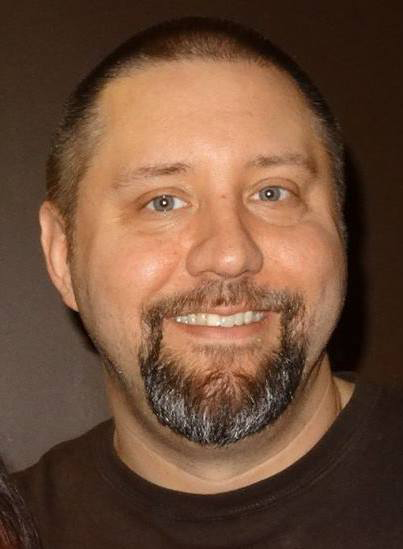 Born and raised in Flint, Michigan, John P. Ribner gravitated toward writing at a very early age. In fourth grade, his book “I Want to Make a Monster” won a statewide children’s literature competition, earning him the opportunity to read his creation to delegates at Oakland University. In spite of such auspicious beginnings, John traded his proverbial typewriter for a wide variety of life experiences that include growing up in a dysfunctional family, surviving a drive-by shooting, and playing in a punk rock band. Perhaps these and other experiences inspired him to start writing for his college newspaper, a decision that culminated in him earning a Bachelor’s degree in journalism and writing for several newspapers and magazines. Today, John is the successful author of three novels, with many more on the way.

A self-described “Dungeons & Dragons geek from the 80s,” John’s love of fantasy fiction, mythology, and historical warrior cultures led to his creation of “The Berserker’s Saga.” This Viking fantasy-adventure series focuses on the adventures of a young Norseman named Autar Magnusson, whose life seems destined to be one of great and fantastic adventures. Destined for nine books total, this series continues to be popular with readers young and old.

Crime fiction fanatics are raving about John’s murder-mystery, “World So Dark.” This classic whodunnit is set in the mean streets of Flint, Michigan, giving it a modern, streetwise twist. Readers have already described World So Dark as everything from “a gritty crime noir” to “a great, suspenseful read.” Rumors have it that John is hard at work adapting this short novel into a screenplay, which he hopes to one day film in Flint.

“A factory that churned out monsters in ill-fitting human skins” is how John describes “Trauma Central,” the nickname he’s given to his childhood home. His blog of the same name chronicles these and other life experiences, opinions, and observations.

John is currently writing “The Berserker’s Return,” his third installment in the “Berserker’s Saga” series. Later this year, he plans to complete “Wasted Youth: What I Learned from Being a Punker in Flint.” This highly-anticipated memoir will document John’s involvement in Flint’s punk rock scene from 1988-2005.