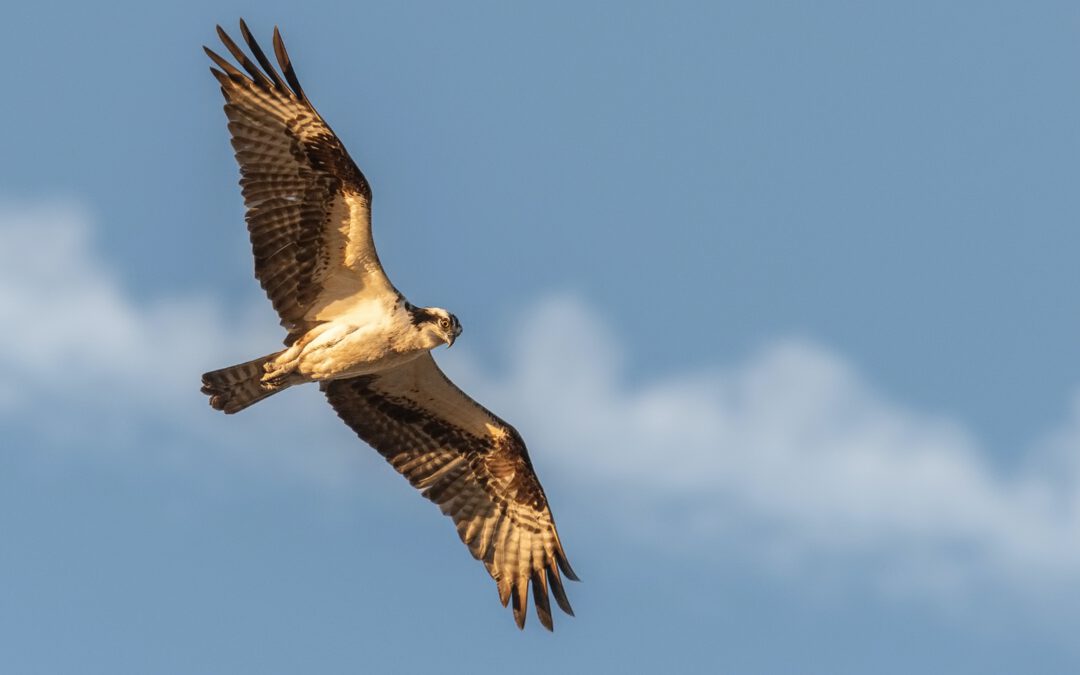 Beautiful and bloody is the best way to describe the year a Cooper’s hawk swooped down upon my neighborhood.

In 2016, the hawk came to our cozy condo community. It brought with it the ultimate lesson that nature teaches us: that it can be both beautiful and cruel. So, why am I blogging about it now? Well, it recently popped up in my Facebook memories. Frankly, I had forgotten all about it until seeing it again. Then it brought the memories flooding back into my mind. I’m honored to share them with you.

It all went down while I was driving to CVS one day. As I guided my truck down the narrow street, a Cooper’s hawk dove down from a tree and glided alongside my truck. It flew parallel to the driver’s seat for a few seconds. Then, he suddenly crossed over to the other side of my truck and continued to fly alongside me. All the while, he managed to maintain eye contact. 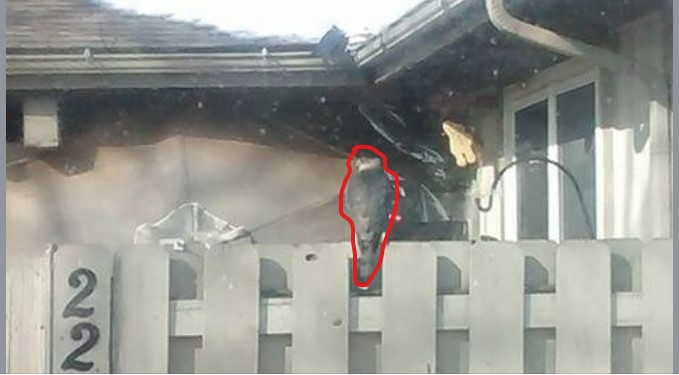 While I was mesmerized by this, the hawk landed on my neighbor’s fence. At that point, I did what any red-blooded American would do. I pulled out my shotgun and blasted the bird right in the chest. Just kidding! I grabbed my phone and took a picture of this majestic raptor perched atop the fence. Again, it maintained eye contact with me one last time before flying away.

Being the Pagan That I Am…

I took this as a sign from the gods, my ancestors, or nature at the very least. When I returned home, I looked up what hawk’s message is to us and found this:

“The Hawk… often shows up in our life when we need to pay attention to the subtle messages found around us, and from those, we come into contact with. As with all messages received, it is important to recognize the messages underlying truth. We will be taught to be observant and also pay attention to what we may overlook. This could mean a talent we aren’t using, a gift or unexpected help for which we haven’t shown our gratitude for, or a message from the Universe.”

Right then and there, I decided I could share space with our local Cooper’s hawk. Unfortunately, not everyone in the neighborhood could.

I continued to keep an eye out for that Cooper’s hawk after that fateful day in January. I didn’t see much of him, but I did see a small flock of pigeons in the neighborhood. They would fly from powerline to powerline whenever I took my son for a walk. I didn’t think much of it at the time, which was a mistake. 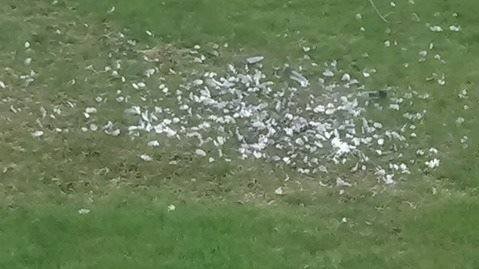 After a few weeks, the pigeons disappeared. Well, not ALL of them disappeared. We’d come across huge piles of their feathers scattered throughout the neighborhood. I wondered if some kids were shooting them with BB guns. I said “Something tore the shit out of that bird,” to myself. My first thought was some neighborhood ne’r-do-wells nailed the birds with a BB gun. I even had one specific family in mind. 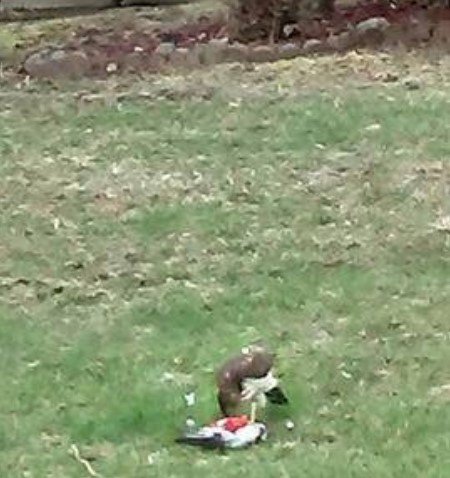 On April 9, 2016, I found the killer and it wasn’t the children of the trashy pit bull owners down the street. It was none other than my enigmatic spirit animal, the Cooper’s hawk. I caught him red-handed – or perhaps red-clawed – in the act. The vicious beast was perched over its victim, tearing a bloody hole in the poor pigeon’s pectoral muscles. Hey! A bird’s gotta eat, right?

Last Sighting of the Cooper’s Hawk

It was last summer, the summer of 2021. The bird was on the ground, circling around a bush next to my neighbor’s condo. It trapped a group of sparrows in the shrubbery and was assessing its odds. The group of birds, terrified at the idea of becoming lunch, were shrieking in a way I’d never heard birds shriek before. When I tried to get in range for a pic, my beloved and captivating Cooper’s hawk flew off. Some spirit animal it turned out to be!

Mutual of Omaha’s Wild Kingdom was a Sunday night tradition when I was a kid. My dad loved nature and animals, and it’s pretty obvious that I picked up this interest from him. This TV show had a lot to do with it. So did growing up on 20 acres of forest for a backyard. Stay tuned for my local wildlife reports when they come in.