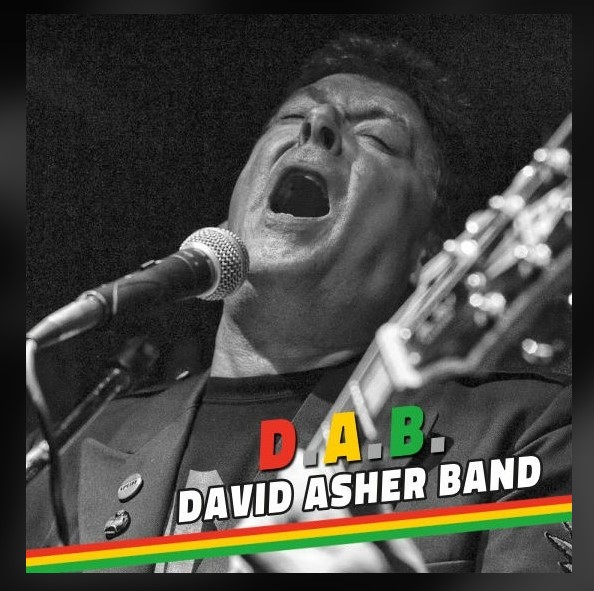 TL;DR: David Asher Band (D.A.B.) creates amazing music that you absolutely need it your life. Get the group’s latest songs and enjoy some amazing original roots-reggae!

Saginaw, Michigan might be the last place anyone would look to find original reggae music. Many are surprised to hear that this post-industrial Mid-Michigan city has spawned a local roots-reggae legend called D.A.B. Coincidentally, the acronym is also the name of the group’s 11-song debut release. Led by the enigmatic and talented David Asher, formerly of The Process and a living legend in the Flint, Saginaw, and Bay City music scenes. The group’s freshman effort had me hooked from the first track, compelling me to do my part and review it here.

I’m a singer/songwriter myself and I’ve always admired anyone who can create their own sounds. Also, this is my blog so it’s my rules. Despite my burning passion for original music and original musicians, I would be remiss if I didn’t mention the three covers songs on this release. Those are:

D.A.B. masterfully aces all of these tunes while managing to achieve what few local bands do in this regard. That’s striking the balance between honoring the spirit of the original songs while also making these tunes their own. Bravo to David and company for masterfully pulling off what many bands can only dream of doing. With that out of the way, I’m excited to share what really attracted me to this release, which is the band’s original music. I’m happy to do this track by track.

Reggae wouldn’t be reggae without a protest song and this is DAB’s protest song. In it, Asher shares his take on the tragic case of Milton Hall, a man killed by Saginaw police. As the title of the song suggests, Mr. Hall was shot 47 times. D.A.B. channels its fury over this incident into a tune that manages to move and groove with a funk all its own. The band’s razor-sharp musicianship and Asher’s soulful vocals are on full display here.

It’s no secret that the world can grind us down. We all could use a little musical pick-me-up, and D.A.B. delivers. This upbeat number shares an inspirational kinship with Bob Marley’s “Three Little Birds” while maintaining its own originality throughout. I trust that each note of this number can easily lead us to the promised land of positivity.

3. “Deputy Dawg And The Marshall”

I don’t know the story behind this song but I’m sure it’s an interesting one. What I can say is that all of D.A.B.’s strengths are on display here. Excellent storytelling and singing combined with a sound that’s as warm and rich as honey dripping from the jar. The most interesting highlights include a background vocal arrangement, rap monologue, and humorous tribute to “The Good the Bad and the Ugly.” D.A.B. pulls these elements together to forge a song that’s as fun as it is catchy.

I’m a lyricist at heart, so it came as a shock that this one was such as standout for me. I say that because “There’s a Fire” is not lyrically complex… and that’s NOT a bad thing. The fire Asher refers to is his burning passion for his music. (At least that’s what I think.) He says exactly what needs to be said about that inferno within the confines of this catchy number. If you don’t get out on the dance floor while this tune is playing, you don’t have a pulse. It’s as simple as that.

I’m not saying that “There’s a Fire” is my favorite D.A.B. tune, but I am sharing the video here and insisting you all check it out. Make of that what you will.

This song makes a great showpiece for Asher’s soulful vocals. I almost feel guilty for saying it because it could appear that I’m slighting the other hardworking members on this release. Rest assured, the entire band is on point here. And the inspirational message encouraging the small to stand up to the mighty is not missed on me. This song features D.A.B.’s signature hypnotic trance-state flow that allows various elements to rise above the current to showcase some excellent workmanship. Sit back and enjoy!

Note: “Donkey Jawbone” is one of four songs produced by the legendary English record producer Adrian Sherwood. The others include “Donkey Dub,” “Love Ballad” and “Love Ballad instrumental.” 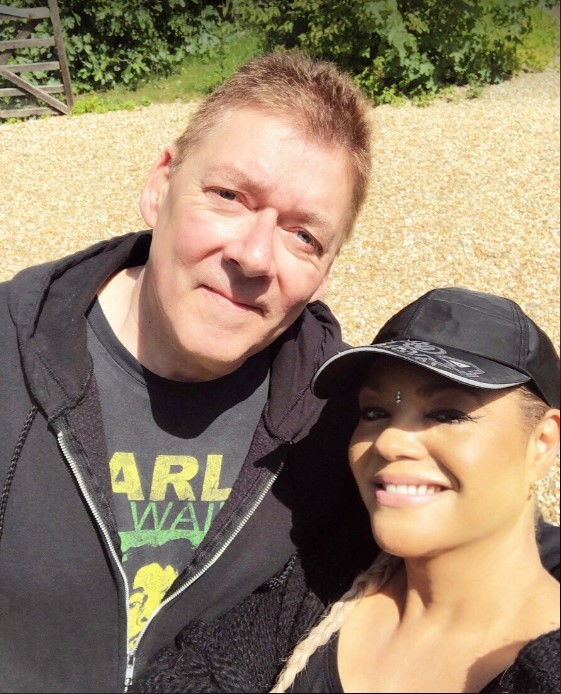 David is joined by Miss Mikki Sound to provide a great example of the magic created when two soulful vocalists come together. The end result is a track as smooth as silk, and every bit as evocative of any of the great love duets from the 1970s. Perhaps even better. If this song isn’t used in a future movie or TV series, a great injustice has been done to music fans and D.A.B.)

I’m no reggae purist but I am a lover of great music and THIS is it! Anchored by a solid melody, the song’s horn section flawlessly melds with its slinky bassline, steady drums, Caribbean poly-rhythmic percussion, and echoing guitar and clavichord effects. The end result is a jam that is both powerful and hypnotic. If you’re looking to travel off somewhere deep in your inner space while your body sways and moves to the beat, this is it. Highly recommended!

This is the same song without David and Mikki’s vocals. The instrumental version is everything you’d expect it to be and more. Imagine a sunset stroll down the beach in Montego Bay, hand-in-hand with your lover. All is well and right in your world and there’s nothing more than that moment. These are the vibes captured in this song.

D.A.B. Has Created a Great Album

Normally, I would use the phrase “support local bands” to convince you to buy a release. I’m not going to do that here because that’s a hackneyed local angle often used to hawk sub-standard art. D.A.B. put in the work and deserves much more than that. Not only is this release good, it’s great… and it truly has a national appeal. Get it because it’s absolutely amazing. It’s currently available on Amazon as MP3, vinyl, and audio CD on Amazon and Bandcamp. You can also keep up with D.A.B. on the band’s blog.