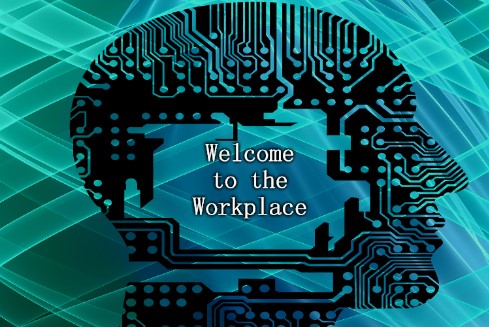 Manipulating by group consensus is one of the most insidious tricks used by terrible bosses.

This bush league psych-out trick has been experienced by anyone who’s ever spent time in the workforce. You might not recognize it by its name, but you’ll probably know it’s happened to you when you read the infamous catchphrase that sets the whole thing into motion:

“Everyone is talking about you!”

Do you see what’s going on here? Your boss is accusing you of something while hinting that your misdeeds are common knowledge in the office. You’ll feel betrayed, become angry, then ask your boss who “everyone” is. He or she won’t tell you though. They’ll hint that it should be enough to know that your coworkers are displeased with you. A sense of desperation might set in and you’ll find yourself doing everything you can to get back on your coworkers’ and boss’s good graces. To do this, you’ll have to do one of two things:

If you hope either choice will make the problem go away, it won’t.

This is How Bosses Manipulate Employees

These snakes in suits are running a game on you. Most people descend into full-blown panic if they think “everyone” is upset with them. This fear probably dates back to the time when being excluded from the tribe was a sure-fire death sentence. No single person could survive in a world filled with saber-tooth cats and cave bears. Most bosses don’t realize these anthropological underpinnings though. They just know that this tactic has worked in the past so they’re willing to use it again… on you!.

The Time My Bad Boss Tried to Pull This on Me

I might have been new at this company at the time, but I was no greenhorn. I knew good and well that your coworkers can set you up for a fall for whatever reason. When I went to lunch with a group of my new colleagues, I declined to have a beer while everyone else had at least one bottle. This became the lunchtime pattern for the next few weeks.

The good times soon came to a screeching halt, as is usually the case in work and life. One day, the boss called me into his office with some dire news. Someone, and he would not say who, told him I was drinking beer on my lunch breaks. In fact, he said he’d heard it from so many people that he became concerned.

“Bring that person in here so we can clear this up right now,” I said, my eyes locked with his.

“I can’t do that because I honor employee confidentiality,” he replied.

“I have the right to face my accuser,” I replied.

And that was the last time I ever heard anything about my “on-the-job drinking problem.” I was not surprised since I could tell that he was on a fishing expedition. I just didn’t know exactly what he was fishing for. I do have a couple of likely scenarios, though:

The resolution to this story is that there isn’t one. To the best of my knowledge, no one got caught or was reprimanded for drinking on the job. And no, I didn’t bury an ax in my boss’s head, which is not to say I didn’t want to for this and other infractions. The office simply went back to work like nothing ever happened because, in a sense, it was a non-issue to begin with.

When Your Boss Tries to Manipulate You…

Don’t panic. Chances are good that no one is talking about you behind your back. It’s just your boss trying to weaponize this tried-and-true fear-inducing tactic against you so you’ll rat on someone else or yourself. Remember this: Never admit to ANYTHING and always demand proof. Your boss will most likely fold and maybe even walk away with a begrudging sense of respect for you.

Now, there is always the chance that someone really did stab you in the back. If you suspect that someone did tell the boss on you, you might consider pulling away from this particular person or persons. When it comes to staying safe on the job, these wise words are better than anything the Occupational Safety and Heatlh Administration (OSHA) has to say: 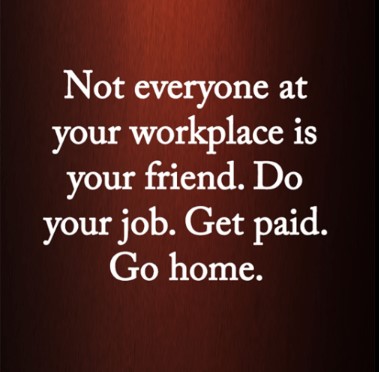 That pretty much sums it up.

If You Enjoyed What You Read Here…

Check out my memoir, “Wasted Youth: The Narcissism Recovery of a Punk Rock Kid from Flint.” I thought music was my escape but I was having problems wherever I went. I blamed everyone but myself. When that didn’t work, I lashed out at the people I cared about. Then one day, I got punched in the face by the ugly truth about myself. It knocked me out of my shortcomings and into self-discovery. It’s from this place that I share my cautionary tale. I hope it helps anyone suffering the scars of childhood trauma.