I Quit My Job Over Pico de Gallo!

That’s right! I said fuck the two weeks’ notice and quit a job on the spot over this… a traditional Mexican dish made from chopped tomato, onion, peppers, salt, lime juice, and cilantro. 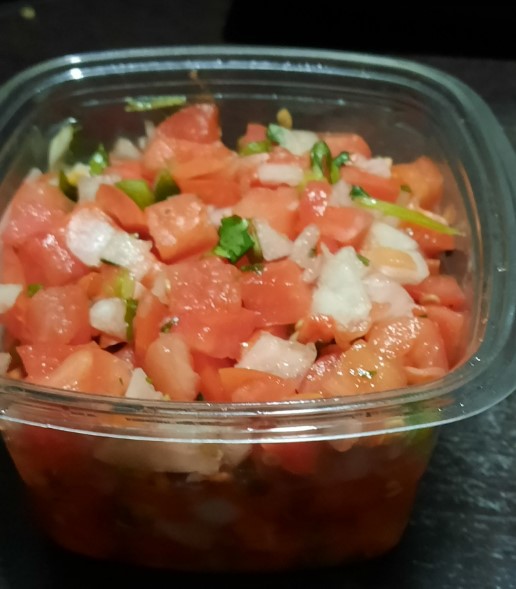 And the whole thing was kicked off by a nasty question from my asshole (former) boss.

“Did you put any Pico de Gallo on your food yesterday?”

It was all in his tone. I’m good at detecting tone and I heard it loud and clear. I might have answered in a similar tone when I told him I did have some of the sauce. He then asked me how much I used. I didn’t dig in tengo mucho gusto; I just put a couple of scoops on my two tacos. The boss asked if anyone was in line behind me. I remember Karen (not her real name, but she is one) from accounting giggling behind me that day…

“That’s not important,” he snapped. “The issue here is you hogging all the Pico de Gallo!”

“Is This Really Happening Right Now?”

Yes. Yes, it was. The whole thing was as real as my boss, whose breath was scorching my eyeballs with steam heat. I was being reprimanded over a condiment – a first in employment history – but I didn’t have time to think about that. Bossman asked me what I had to say for myself and he expected an answer. As it so happened, there were a few things I had to say:

Nothing would have changed my boss’s opinion of my role in Pico-gate. I know, because I said all of these things. The boss ignored them and gave me a stern lecture about sharing and selflessness. It was made all the more demeaning because it was in front of the entire office. This shameful spectacle happened on a Wednesday. By Friday, I turned in my resignation, effectively immediately. So yes, I quit my job… but it really wasn’t because of the Pico de Gallo.

It Was Due to Something Called “Company Culture”

I accepted this copywriting job somewhere in the mid-point of my career. The pay was good but what really sold me was the “culture.” I can still see the recruiter’s face as she told me about the catered parties on the first Wednesday of every month. “No one goes hungry on Hump Day!” she exclaimed.

When that wide-eyed HR manager told me about catered lunches on the company dime, I thought I’d finally hit the big time. How could I not? My former bosses’ idea of “company culture” was saying, “If you don’t like it, there’s the door!” This seemed like something totally different. I even told my wife, “I’ve finally found my dream job!”

It was one of toxicity common to many workplaces both then and now. Instead of my dream job, it was a recurring nightmare that lasted eight hours a day, five days a week, for months. Here are just a few examples of my former boss’s unique take on employee management and motivation:

He demeaned me no matter what I did or didn’t do. I was willing to tolerate this treatment because most of my former bosses were like that. What I resented was the other employees – like that cunt Karen from accounting – following his lead. Like everyone else, she learned by example and my boss taught her that it was okay to treat me like shit. Me being the new guy made it so easy for everyone else to pile on.

Note: To this day, I don’t know why Karen set me up like that. I’d had little to no interaction with her during my short time at that company. I quit caring about the “why” after I walked out the door for the last time.

The Truth About the Term “Company Culture”

It’s a buzzword; that’s all it is. Just an empty buzzword that employers say because it sounds good so they think they have to say it even though they don’t know what it means. Those fun, festive food fests weren’t the culture at my former workplace. Those events were merely a mask used to disguise the toxic environment that existed just outside the company breakroom. The only takeaway here is that it’s best to be skeptical when potential employers use buzzwords because, more often than not, the opposite is the case.