Police Brutality and the Racial Divide 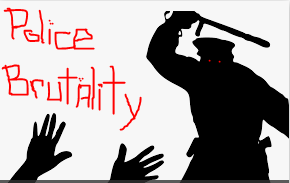 For once I have to agree with my Leftist friends. Damn racist cops harassing people who aren’t doing anything then brutalizing them before trapping them in a racist so-called “justice system.” Did they even try to deescalate the situation? No. They just decided to manhandle and taze this citizen who was simply exercising his constitutional right to enjoy New Year’s Eve. Clearly another case of these highly-militarized American police force arresting a man for walking while white. Shameful. #AllLivesMatter #WalkingWhileWhite #ThisStopsToday #worldiswatching #Justice4All #NoJusticeNoPeace

Okay. Admittedly, I was more than a little tongue-in-cheek with the above paragraph. I sometimes use humor to address touchy topics and situations. And wow! This one going to be touchy. I saw this video on a couple of my friends’ pages and the comments from those wypeepo be like:

Then there were the comments from some black YouTubers:

… I find it funny that so many of you rabid anti-police types are so quick to support the cops’ action in this video. This guy didn’t do anything more than what many black people have done in similar videos. (And in those videos, you’ve been rather vocal about what you see as an injustice being done to black citizens.) In some videos I’ve seen cases, the blacks were more psychical with police than this guy was. Am I to assume that your fight to stop police brutality ends the moment the cops are black and the alleged suspect is white? Your comments definitely suggest that… which is a shame.

Seems to me that being an anti-police brutality activist should start with the realization that it can and does happen to anyone regardless of skin color and similar factors. Simple logic would dictate that we either live in a country were the police aren’t held accountable for their actions, or we don’t. Not according to those who would cheer the actions of these cops. Seems to me that your comments suggest that it’s only a police state when non-whites are arrested. Yeah, I’m not buying that.

And to the Pro-Black Crowd…

…You’re not doing your cause any good with comments like the ones made above. How can you expect us wypeepo to take your claims of police brutality against blacks seriously if some (not all) of you take delight in the same thing happening to white folks? Are some of you so consumed with your fantasies of restorative justice that you’re unable to see that this issue affects all types of citizens across the country? (Rhetorical question; I already know the answer.) While some black folks might fit this description, others do not. Consider the straight-to-the-point comment of one of my Facebook friends who read my comments and saw this video on my page:

“This just proves that some police will violate your rights regardless of color. It’s about power, not color.”

… We first need a definition of the term that everyone can agree upon.  And please, for God’s sake, let it be a definition that does NOT include such terms as “systemic,” “structural,” “supremacist,” or any other social justice buzzwords? That’s just going to further the racial divide in this issue that affects all of us. White we’re at it, we should also come up with a definition for the term “abuse of authority,” and make it one we can all agree on. I bring this up because of what happens about 1.54 in the video.

The police inform the brother that they can smell alcohol on his breath. They then warn him that they can arrest him for public intoxication. Maybe the can – I don’t know that particular law in Shreveport – but to me, this seemed more like a warning to him not to film. I also felt that their efforts to push him back were done to allow the police to block and prevent him from taping the arrest of his brother. Also, it seems to me that the tazing was excessive, as was the way they brutally yanked the man to his feet.(1.37). Do these things meet the criteria of police brutality and abuse of power? I don’t know, but that brings up my third and most important point…

… Don’t Hold Court in the Street!

Seriously! I’ve said this before in past blog posts, and I’ll say it again. I’ve seen too many of these questionable police-arrest videos and they all have this one thing in common: people trying to “hold court in the street.” If you don’t know what I mean by that, it’s the phrase I use to describe the actions of people who try to argue with police officers about their rights and the law. These altercation usually involve the citizen saying things such as:

Look, our egos will often take us places that our wisdom, intelligence, and common sense would fear to tread. This is doubly the case when alcohol is involved. Since police have the power to arrest and detain and citizens don’t, there’s no sense trying to argue with them. You’ll end up talking yourself right into a jail cell and criminal charges, just like the man in this video did. Even if you think the police are giving you an unlawful order, it’s best to comply with it. If you or your friends/family are capturing the interaction on camera, walk away from the situation and take it to a lawyer at a later time. It’s much easier to fight bad policing as a free man than it is to do from a jail cell!